The Cannabis Equity Illinois Coalition (CEIC) was formed in

2019 to ensure the communities most impacted by the War on Drugs have an equal seat at the table as adult-use cannabis legalization is implemented in Illinois.

Since its founding, the community-led CEIC has focused its

To achieve their mission, the CEIC partners with legal aid organizations across Illinois and hosts community events such as RAP Sheet Assistance Days and National Expungement Week to educate individuals about cannabis policies and the expungement process, as well as to connect them directly with

an expungement attorney, all at no cost to the individuals. The CEIC also advocates for the use of technology to support the expungement process, enabling the expansion of automatic expungement to ensure that anyone with a criminal record can access record-clearing resources promptly using a computer.

The CEIC also plays a large role in ensuring the cannabis industry in Illinois becomes more equitable, including the 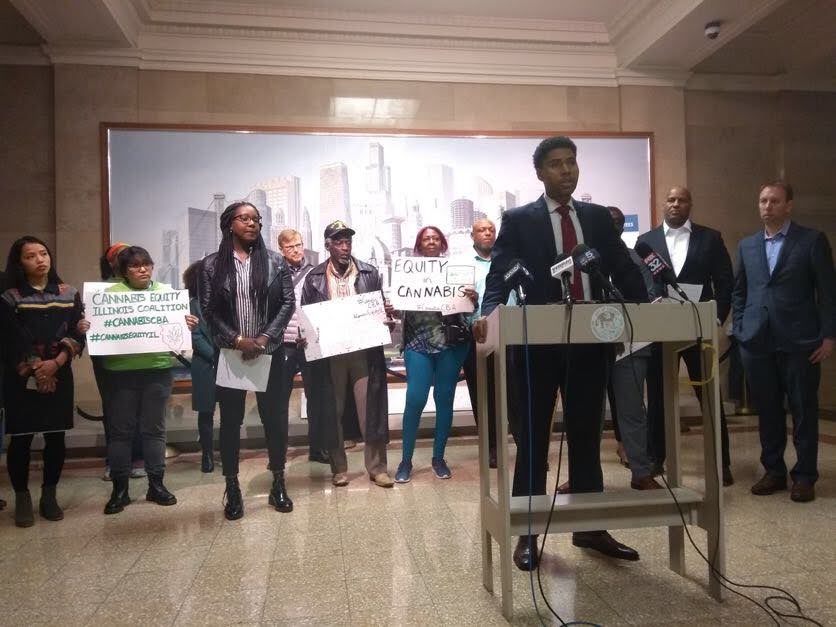 development of the Community Benefits Agreement (CBA), which encourages existing cannabis operators to do their fair share to support communities impacted by prohibition.

The Good Green grant will help support CEIC’s continued focus areas to provide continuity of legal aid, expand the organization to southern Illinois, and advocate for further cannabis policy changes that promote repair and reinvest in the communities most impacted by the War on Drugs.

Your Privacy on this Website
We collect information about your visit through cookies and web beacons. You can opt out through your browser, but then you will not have access to all the functions of the website. To learn more, click here to read our Privacy Notice.
Accept
Have you had at least 21 birthdays? Yes, I'm definitely at least twenty-one (21) years of age or am otherwise a qualified patient.
Enter

You must agree to our terms before entering the site.